Born May 20, 1999, Ulan-Ude, Buryatia
Works as a credit specialist
Lives in St. Petersburg

I spent the first four years of my life in Shanghai but grew up in Ulan-Ude, the capital of Buryatia. My mother is Chinese and my father is half Russian and half Buryat. They met in Buryatia, when my mother was taking a tour of the region. After returning to China, my mother learned Russian just so she could send my father letters.

I don’t remember much of China, except for my last day there: My parents were scrambling to get our belongings together and my grandmother was kneeling.

My first two languages were Shanghainese and Buryat. I learned Russian at school and now speak it fluently, but for several years the accent still lingered and I got teased for it. Eventually, we all started speaking Russian at home. That helped.

It was only in the 9th grade that kids finally started being a little nicer to me: it just comes with age, I guess. But for a lot of my childhood, I was afraid of going to school. I dreaded the whole experience.

Since I didn’t really have many friends, I didn’t waste any time hanging out. I went to a musical academy after school; there I studied theater and choreography, and learned to model. It also made me a more resilient person — I don’t panic during stressful situations.

My father is a high-ranking military officer, so my upbringing was really strict. When he was around, he would yell at me for not cleaning something properly. I would find myself wishing he would be called up for duty because I just couldn’t take it.

In 2014, 10 officers from Buryatia were called up to fight in a war. My father was among them, and his regiment traveled with him. It was very difficult to stay in touch — often we wouldn’t hear from him for more than a month. 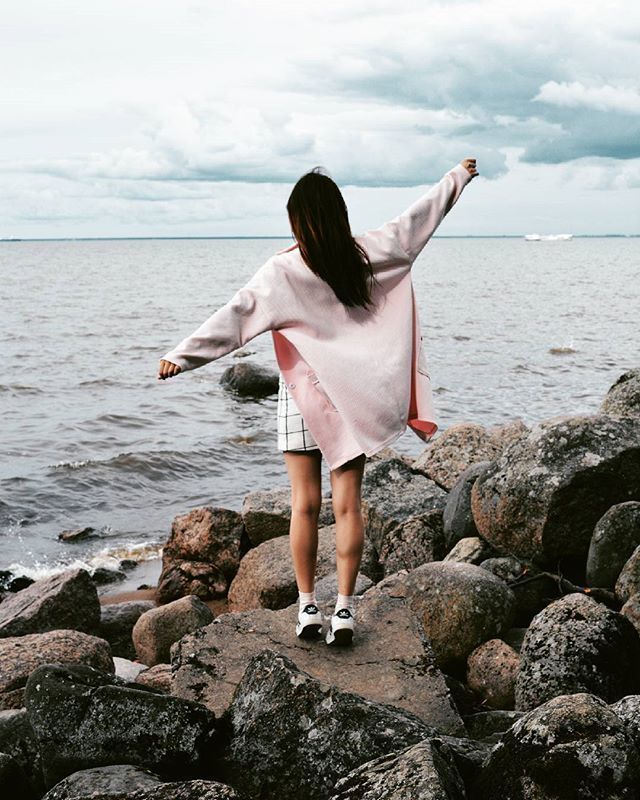 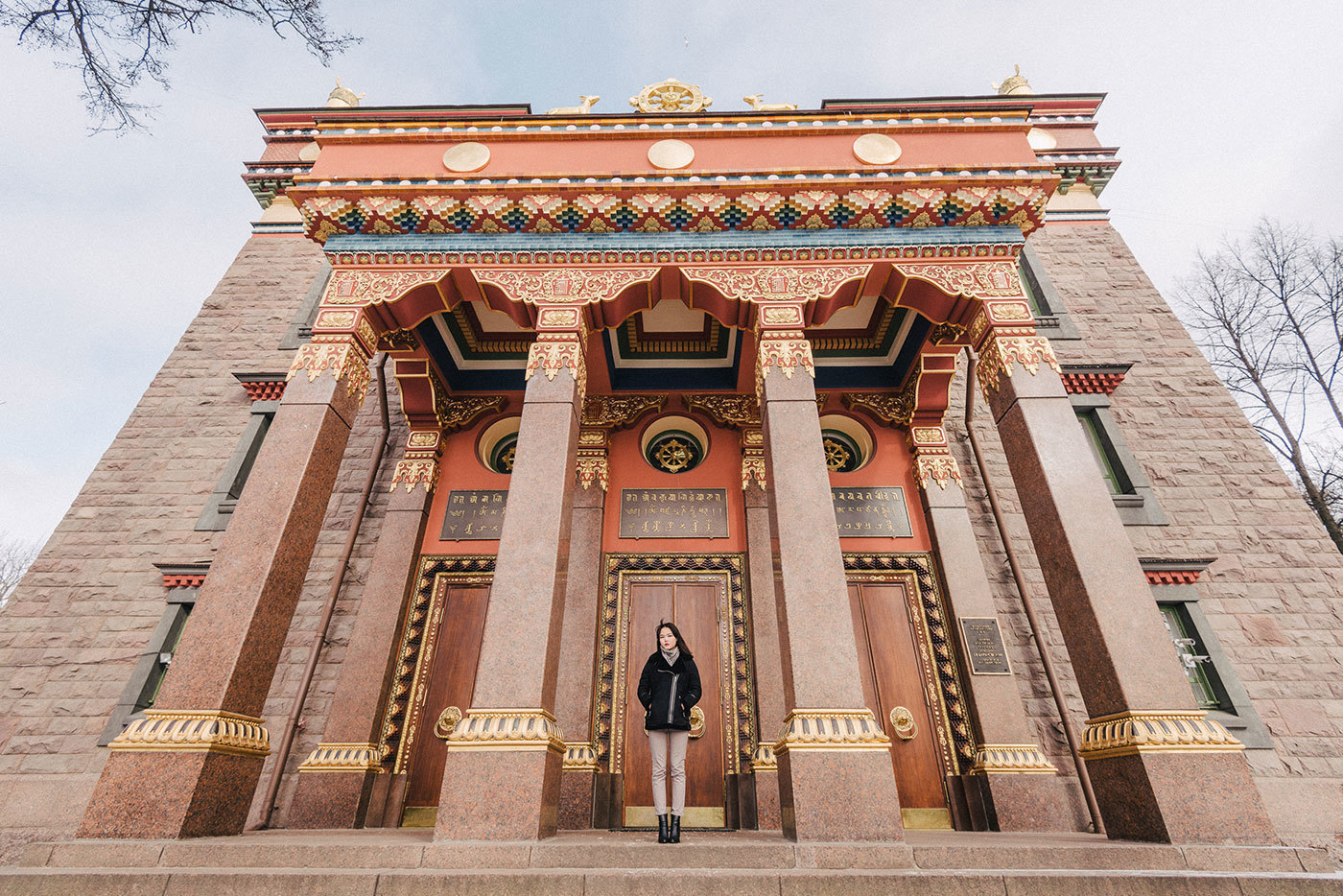 Every month, a truck full of caskets would arrive at the local military base in Ulan-Ude. My mother and I would go every time. She never explained why, but I guess it was to make sure our father wasn’t in one of them.

One time a friend of mine saw her father in one of the caskets. He was a friend of my father’s, and we all burst into tears. I was terrified my father would be next, but he came home eventually.

My parents still uphold their traditions. For example, in both Buryat and Chinese cultures, it is customary to use the formal mode of address with your elders, even if they’re your closest relatives or friends. I remember being shocked to hear how kids address their parents informally, or that a child wouldn’t hold her mother by the elbow, but by the hand. Even my younger sister addresses me formally when we’re outside the house.

Another tradition is that dinner can only start once the head of the family allows it. So when my father was in town, we’d always wait for him to get home from work before eating. I’d often get very hungry waiting for him. 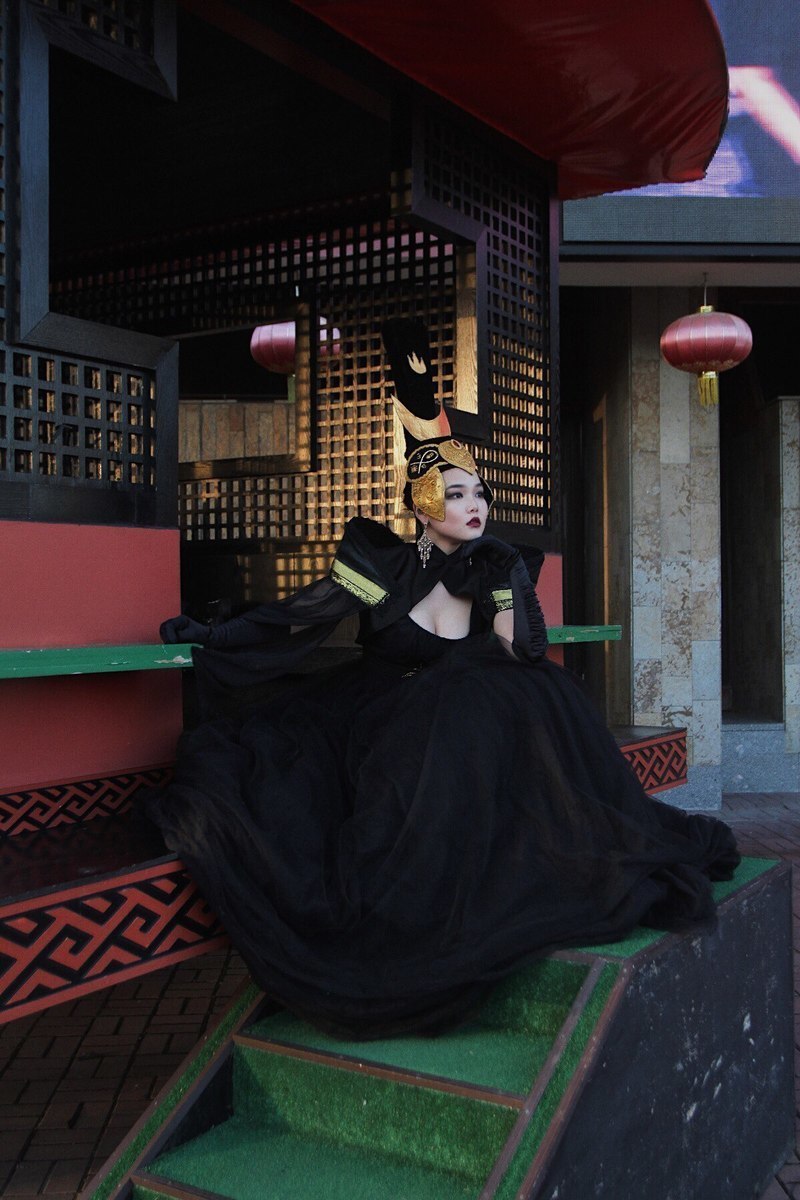 Like most Buryats, my father is a devout Buddhist. Every member of the family had a little shrine. We’d constantly put sweets and beverages under it. Once the food would get stale or spoil, we’d toss it outside in three directions in a ceremony.

We also celebrate Lunar New Year. The month of New Year’s Day, which can be any time between the end of January and the middle of March, is called the White Month. During that time you’re only allowed to eat white foods: dairy products, cheese curds, and so on. It is always a problematic time for me, because I’m lactose intolerant.

On New Year’s Eve, we don’t sleep and we don’t go outside at night, because the streets are haunted by demons. Then at 6 a.m. we go out and scatter food across the streets as offerings to the spirits, and then we sleep for a few hours.

By the afternoon, we cover ourselves in flour and then use the flour to make dough. It is a purification ritual that helps us rid ourselves of all the negativity from the previous year. At nightfall, we go out to a big bonfire, where our local shamans read prayers and we throw the dough into the fire. 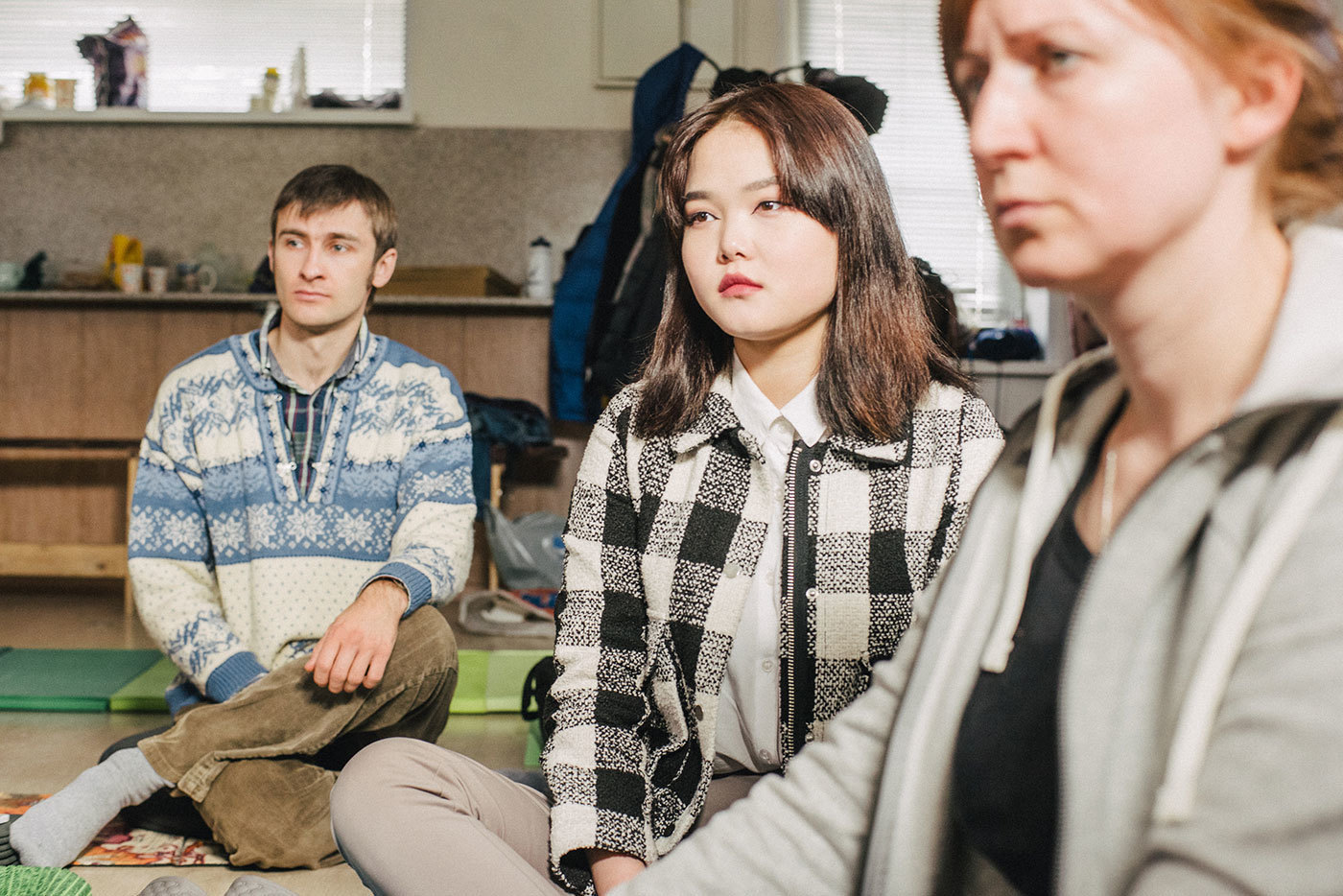 Every White Month we also make a Buddhist pilgrimage to the Ivolginsky Datsan, the biggest Buddhist Temple in Buryatia, which also attracts Buddhists from Mongolia, China and Korea.

Even though I no longer live with my parents, I’m still a practicing Buddhist. Whenever something goes wrong, I immediately go to the local Datsan Gunzechoinei temple in St. Petersburg to pray. There’s a large Buryat community here, and I’m very involved. 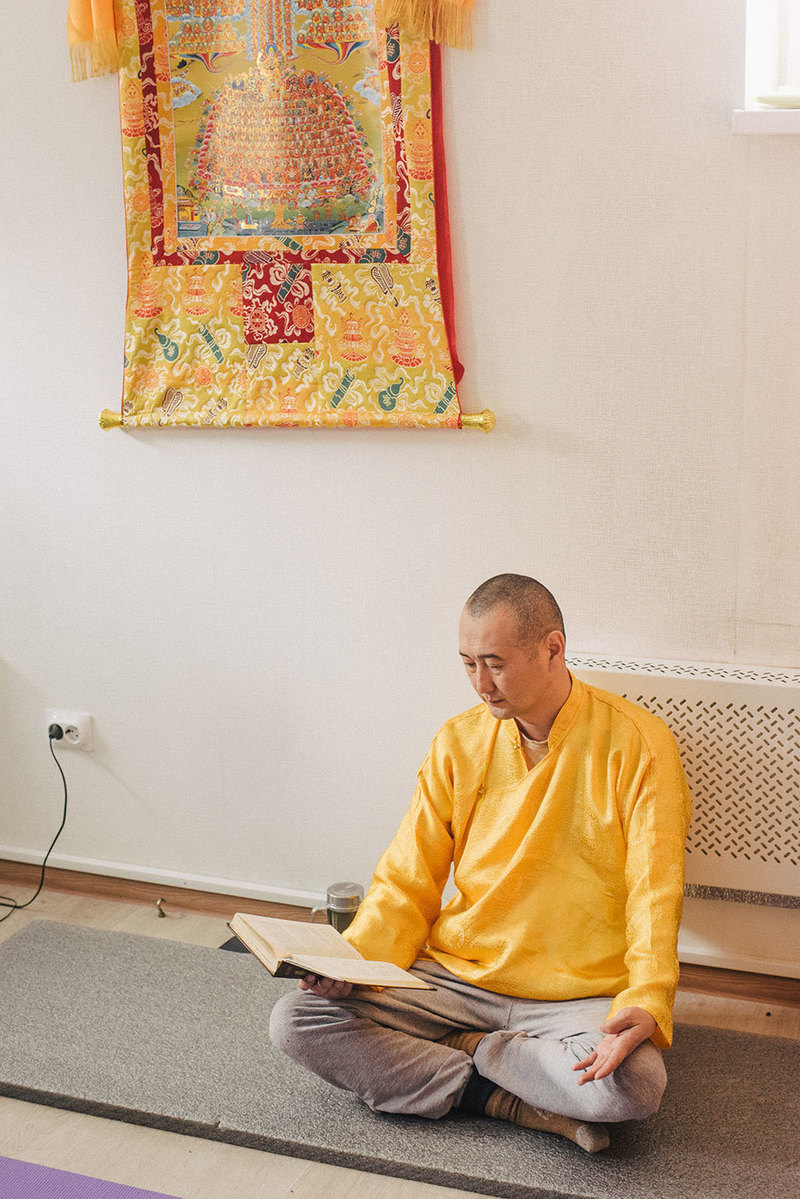 Last summer I started a three-month internship with a large state-owned bank. I hated working there because it was very strict and formal — I’d have to go to the bathroom every hour just to straighten out my suit because my superiors would cast judgmental looks. I left after a month and began looking for other jobs. But I kept getting rejected, and I couldn’t figure out why. Eventually, I was told at one of my interviews that I had been blacklisted for not completing my internship.

Now I work at as a credit specialist at a different bank. People are often shocked when they find out I’m only 18.

I find it offensive when people say: “You’re Kazakh, aren’t you? No? Mongol?” Yes, many Asians across Russia are Mongol Empire descendants, but we still have our separate cultural traditions and nuances.

I like being Asian — it’s totally fashionable right now, with the whole K-Pop craze. I really want to move [to Asia] after I finish college. I’m learning Korean, and South Korea is definitely my first choice. Otherwise I’ll go to China.

I hope this doesn’t sound racist, but I would never date a non-Asian guy. It’s just never worked out for me, I don’t know.

When I was young and into law, I’d often watch the news with my grandmother, and I’d be very critical of everything Putin was doing. But now I live a comfortable life — I earn good money for an 18-year-old, and that is really thanks to him. So he’s doing a good job, and my friends from China and Korea always praise him.

In six years, I’m almost certain I’ll be in Asia — I just feel closer to my Asian heritage. 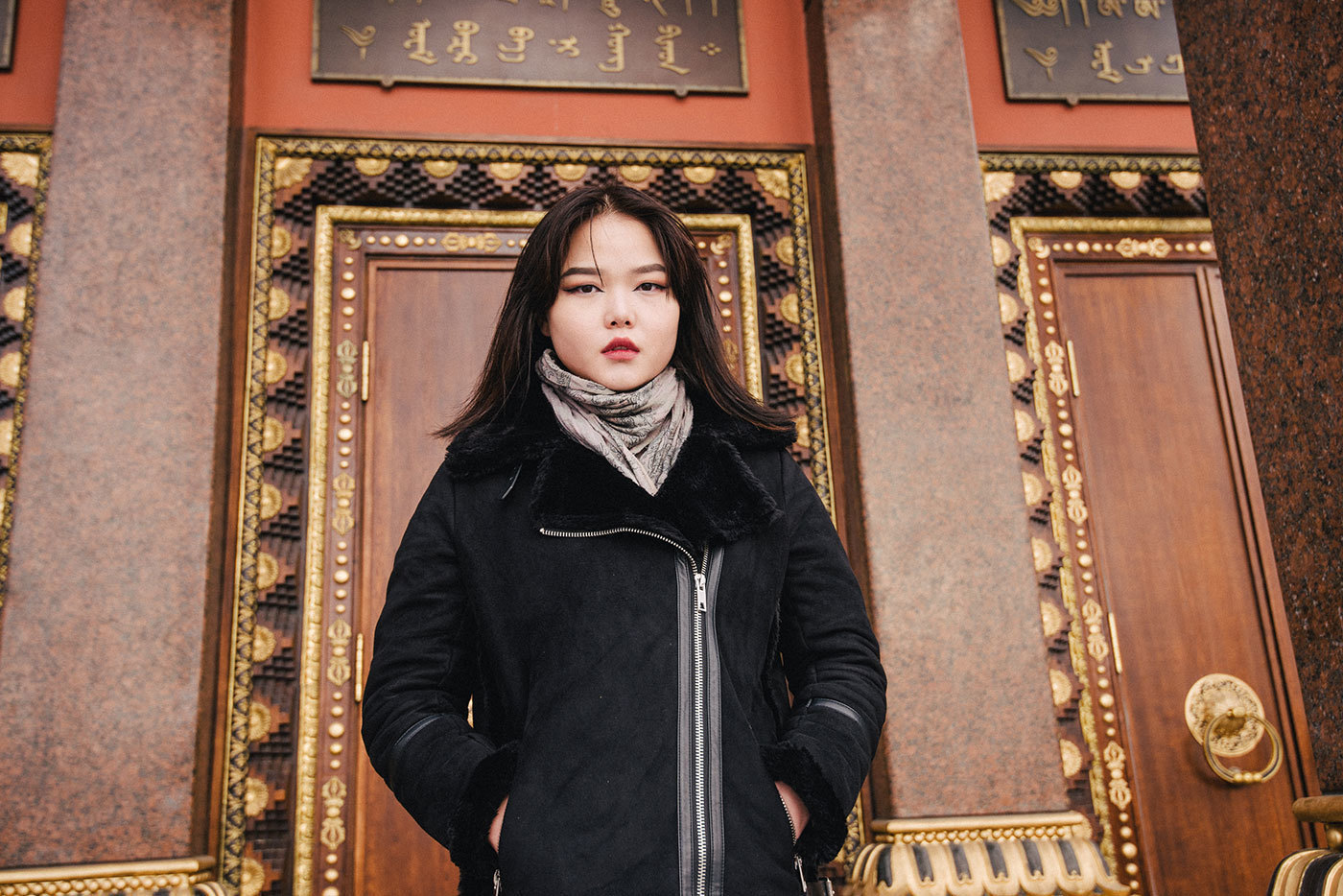