I guess you could say that my family is not a typical Russian family. My friends describe my parents as hippies, whatever that means. It’s hard for me to look at them objectively because everything we do feels normal to me.

My dad doesn’t really identify as Russian. Like me, he calls himself a “citizen of the world.” My parents never subscribed to this brand of Russian conformity. My dad supports opposition activist Alexei Navalny and my mother always tried to make our family stand out somehow. We grew up in a very free environment.

My father’s side of the family is large and tight-knit. Every summer, some 20 relatives gather at our home. We go camping and boat across rivers and lakes.

I love Yakutsk. It’s unusual. It totally has a Silent Hill [a video game] vibe to it because of the weather: In winter there is thick fog, and in summer the city is covered in smog because of forest fires in the Taiga.

Yakutsk is small, but it isn’t governed by old conservative men like some other Russian cities. It doesn’t feel provincial and there is no stagnation. There’s a kind of youth movement here with lots of festivals and other events. People are happy.

Yakutsk is also really different from other Russian cities because of its ethnic Yakut population. The city is about 50 percent Russian and 50 percent Yakut. They have their own culture, cuisine and even their own language. I was one of only three non-ethnic Yakuts in my class, and all of my friends there were Yakuts. 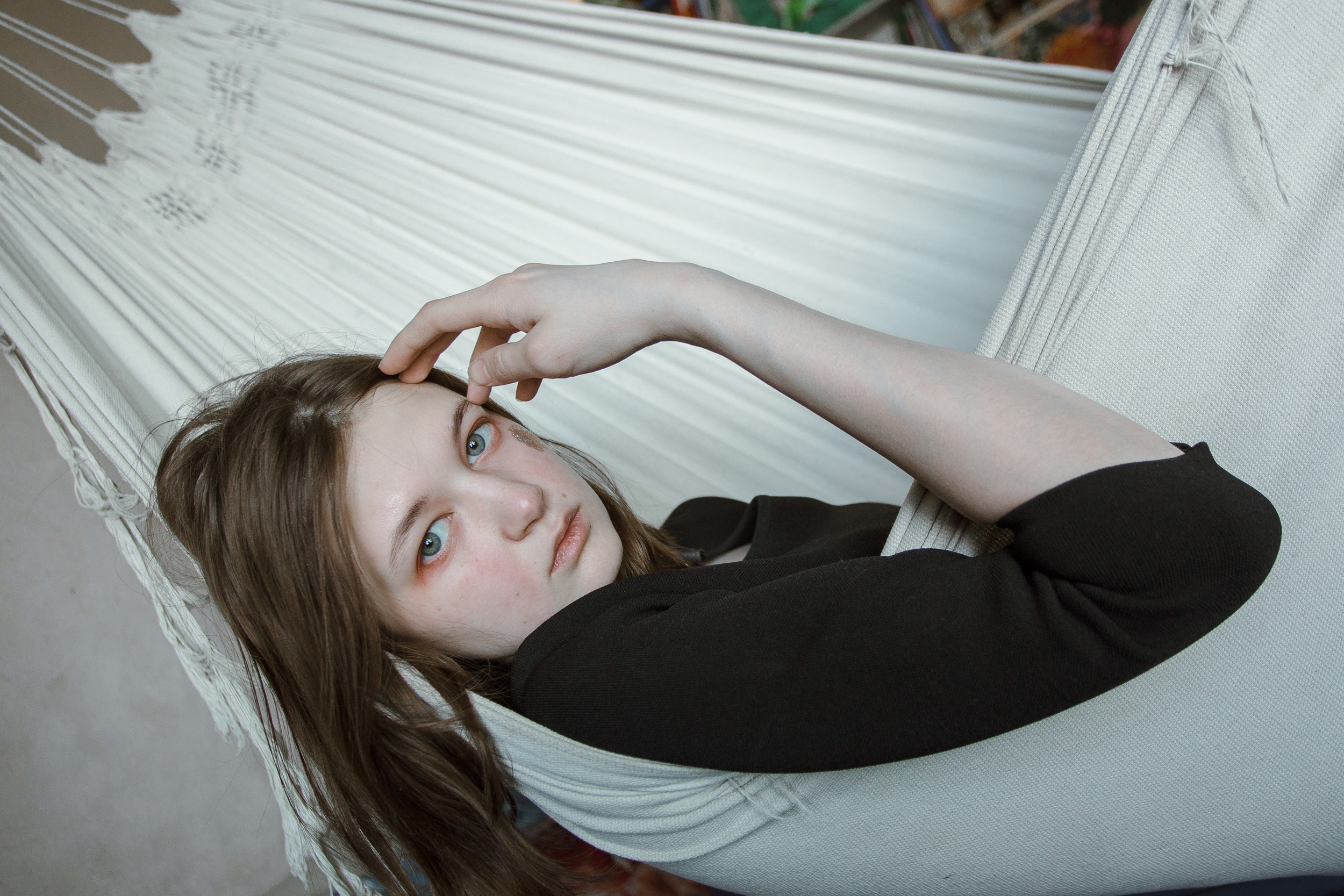 We also celebrate the New Year twice: First, the Soviet-Russian New Year and then the Yakut Yhyakh on June 22. It’s an amazing holiday: Hundreds of families will drive out to a particular spot in the wilderness to camp out and greet the sunrise together.

I was never made to feel different. Everyone is very tolerant in Yakutsk, and the old Yakut grandmothers and grandfathers all love “Grandpa Putin.”

I’ve been living in Moscow since I started at the State University of Management in August. I’m studying for a bachelor’s degree in development, which teaches you how to bring together people who have ideas with people who can implement and sponsor those ideas. 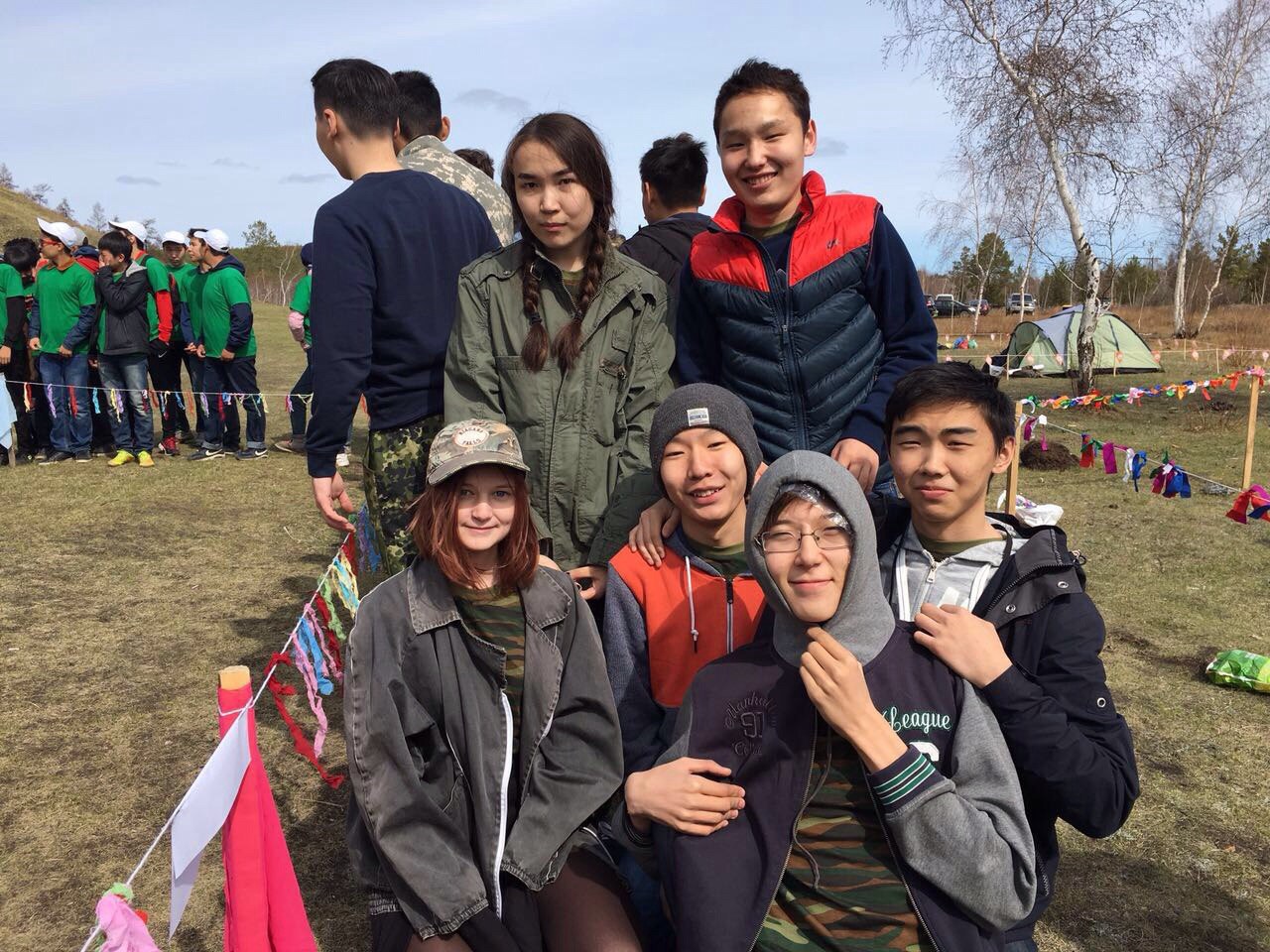 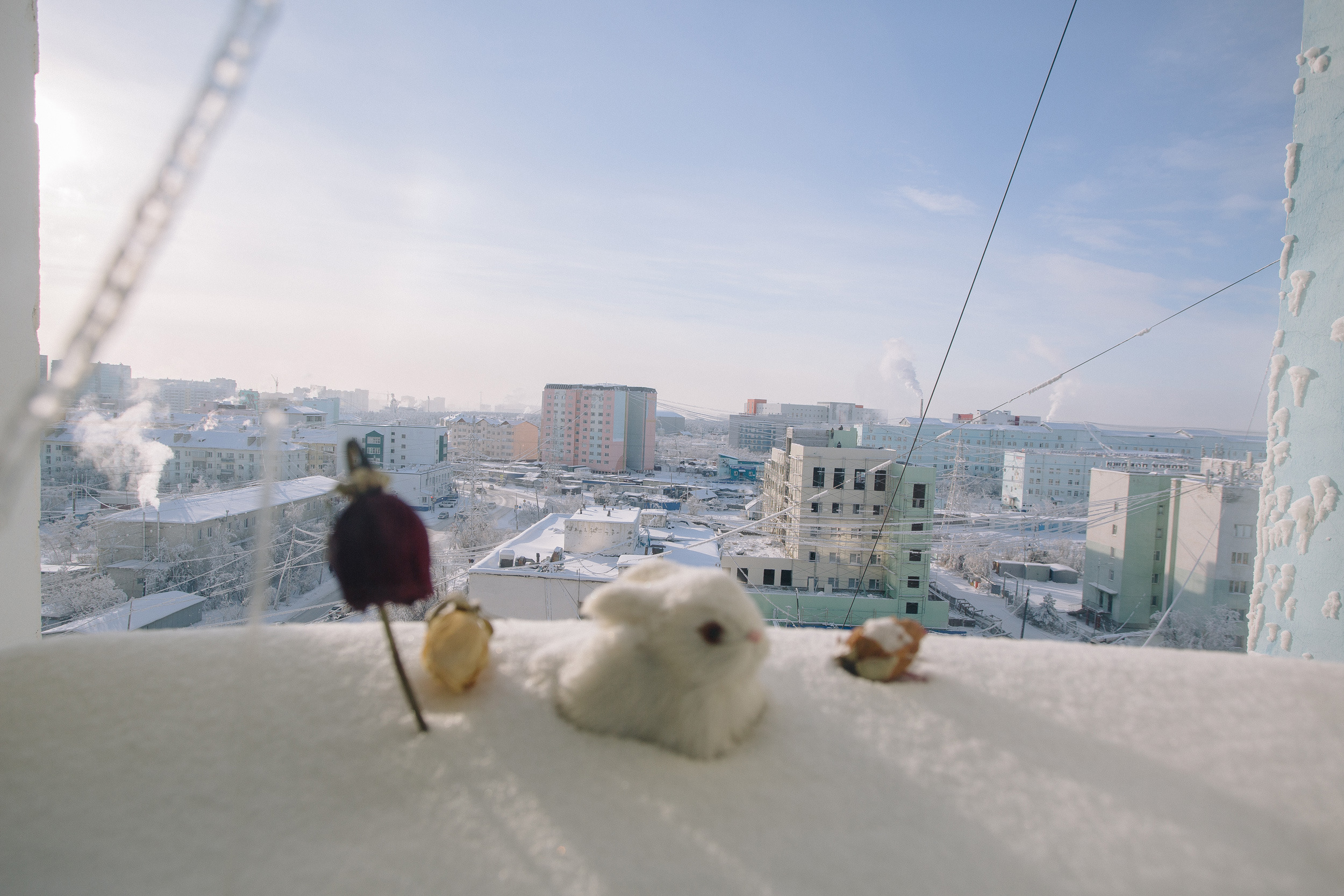 Moving to Moscow was easy. I love changes in my life, even if they may be changes for the worse. Moscow is a lot busier and more anonymous than Yakutsk. People couldn’t care less about you. I like it; you’re less attached to people, and you begin to realize that you’re alone in life. I don’t mean this in a bad way, like, “Oh, I’m never going to have any friends,” but in the sense that we’re alone, and this is actually great.

I don’t really want to go back to Yakutsk because I don’t want to be tied to a single place. But I would like to help the city develop: open a private school or become an architect and design new buildings.

When I lived in Yakutsk, we met a couple from Brazil who were traveling around the world. They had contacted the local Buddhist temple, where my father was volunteering. They showed us their mobile home with its big wheels and beds, and now I really want to take a trip around the world.

After I graduate college I’d like to work as waitress on an international cruise ship. I really, really want to go on a trip across the ocean, like in cartoons. 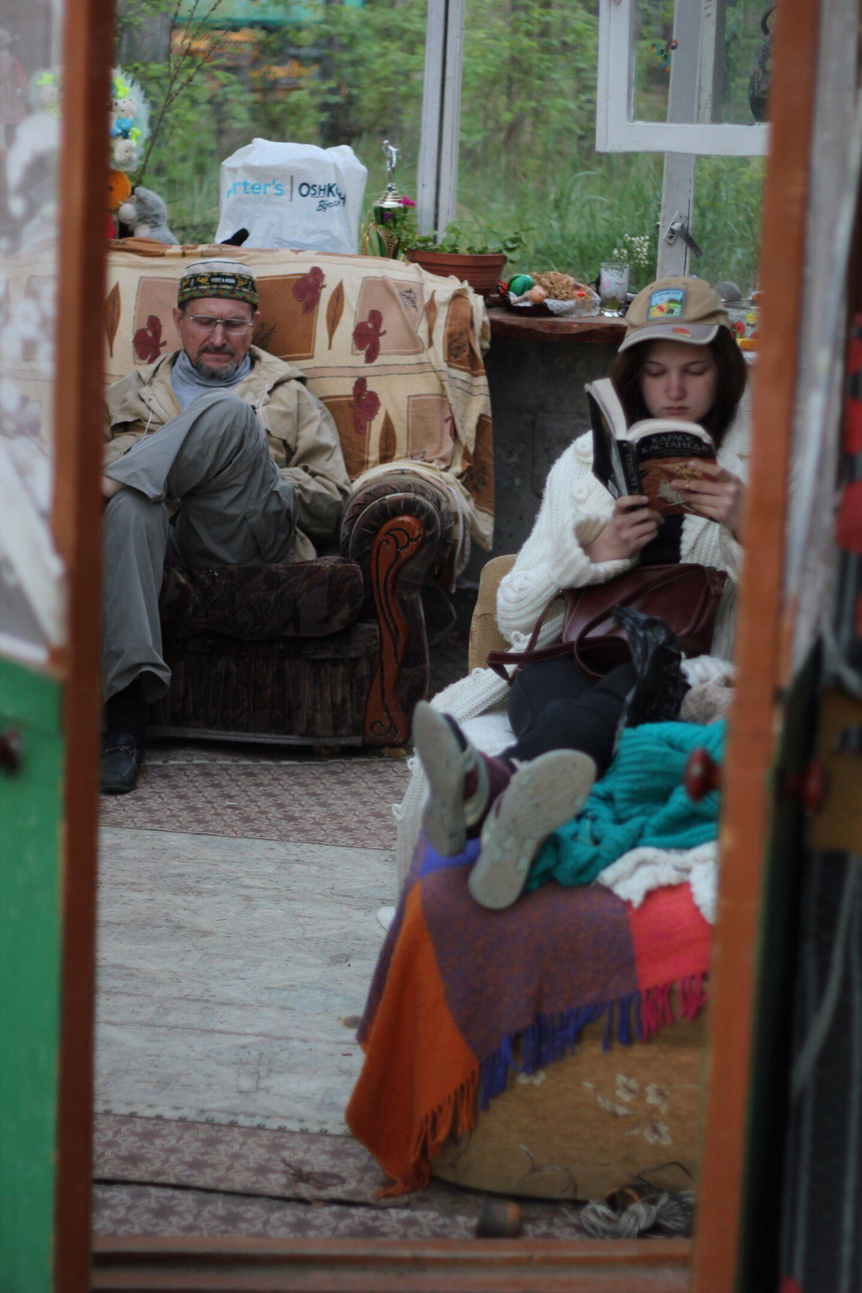 Reading books about science has played an important role in shaping my world view. They have helped me understand why we humans behave the way we do. I take my own immediate desires less seriously than before. Shout-out to Richard Dawkins’ “The Selfish Gene” and Matt Ridley’s “The Rational Optimist.”

If I vote in the election it will be for Ksenia Sobchak. Or I’ll volunteer as an observer to make sure there’s no ballot-stuffing. Navalny is calling on people to boycott the elections, but I don’t really see the point in that.

Until I was about 12, Putin and Russia seemed to me to be two inseparable concepts. Then I began to think: “When will he leave?” I don’t think he’s terrible or that everything he’s doing is bad. I just think he’s been in power for too long and that he can’t improve certain obvious problems. He’s settled in the position, as have his friends who control all the money. The system is stuck and he can’t leave. And I don’t know what needs to happen in order for him to leave.

There are certain things he’s done that I don’t agree with — like the law that defends the rights of religious believers or the ban on the film “The Death of Stalin.” But he also said he wasn’t against Russian Olympians performing under a neutral flag, which is cool.

I’d like to see a more independent judicial system. The courts are quite corrupt and the human factor in their rulings is too high. It would be cool to swap judges with robots. 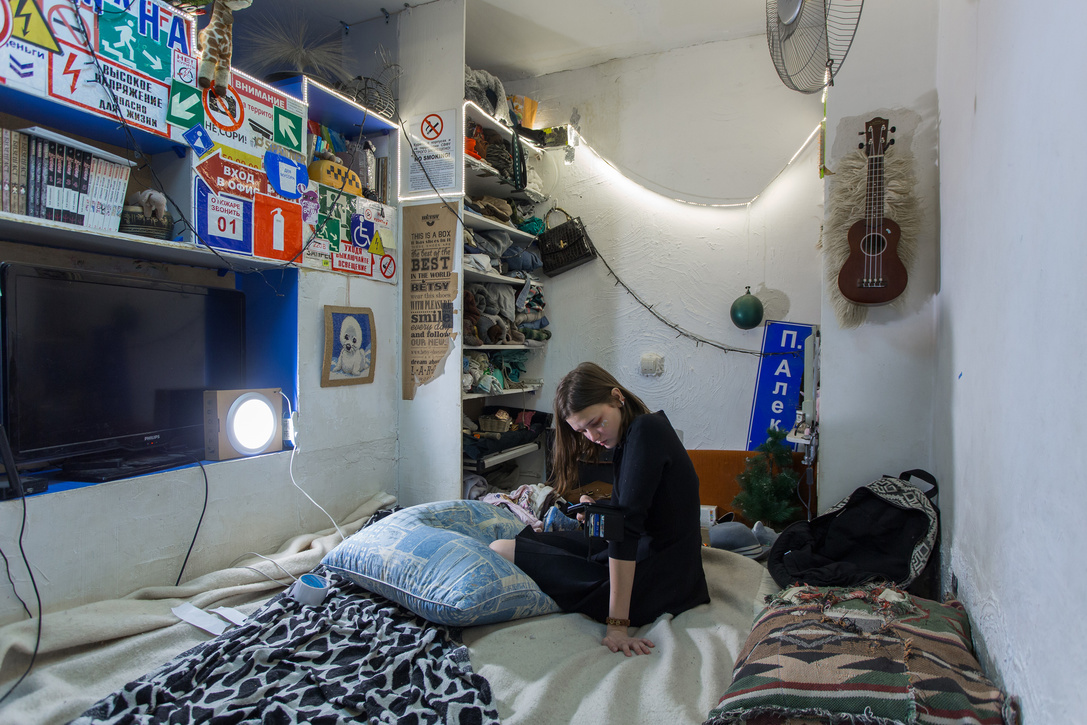